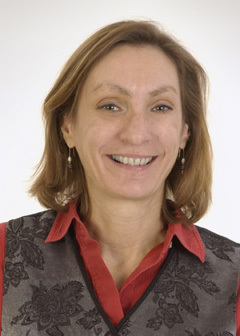 Karen L. Von Damm, a full professor and world-renowned researcher in marine geochemistry at the University of New Hampshire, passed away at her home in Durham, NH, on August 15, 2008, after being diagnosed with liver cancer in April, 2008. She was 53 years old.

Professor Von Damm received her B.S. degree in Geology and Geophysics in 1977 from Yale University, where she completed a senior thesis in geochemistry under the tutelage of Professor Karl Turekian. Karen’s graduate studies were in the Woods Hole Oceanographic Institution (WHOI) and Massachusetts Institute of Technology (MIT) Joint Program in Oceanography, under the supervision of the late Professor John Edmond. She received her Ph.D. in Oceanography from WHOI-MIT in 1983. Her Ph.D dissertation described the fluid chemistry of the first deep-sea high-temperature “black smoker” hydrothermal vents to be sampled on the mid-ocean ridge (on the East Pacific Rise at lat. 21ºN, and in Guaymas Basin, Gulf of California). She subsequently spent two years as a National Research Council post-doctoral associate, in the laboratory of Dr. James L. Bischoff at the U. S. Geological Survey in Menlo Park, conducting experiments to determine the solubility of quartz in seawater at elevated temperatures and pressures. Following this, Professor Von Damm spent four years as a staff geochemist and environmental scientist at the Oak Ridge National Laboratory in Knoxville, TN. She concurrently was a Research Associate Professor at the University of Tennessee in Knoxville, where she continued her research on mid-ocean ridge hydrothermal systems. Since 1992, Professor Von Damm has been on the faculty at the University of New Hampshire (UNH) in Durham, NH, as a professor of geochemistry in the UNH Department of Earth Science and as a researcher at the Institute for the Study of Earth, Oceans and Space. She also served briefly as an Assistant Director of the Complex Systems Research Center at UNH. Karen was highly committed to teaching thousands of UNH undergraduate students in oceanography and geochemistry courses, and to careful training of her graduate students and post-doctoral associates. In these capacities, she was a powerful role model for young female scientists. At the national level, she served as chair of the RIDGE Steering Committee from 1995-98, and more recently as chair of a committee to design a 21st century research submersible for the U.S. science community. She is held in highest esteem by her students, and by her colleagues at UNH and around the world.

Professor Von Damm’s seagoing and laboratory research forms the cornerstone to our understanding of seafloor hydrothermal systems, and was crucial to the spectacular advances made in this field since discovery of scalding “black smoker” hot springs on the mid-ocean ridge in 1979. Exploration of hydrothermal vents along the mid-ocean ridge was one of the most important developments in marine science during the last quarter of the 20th century, because this research changed pre-existing paradigms for the chemical budget of the oceans, accretion of oceanic crust along the mid-ocean ridge, biology of the deep sea, and origin of life on earth. Much of what was learned depended directly or indirectly on accurate measurements of the temperatures and compositions of vent fluids, which were made by Professor Von Damm and her students and coworkers on samples collected in three oceans (Pacific, Atlantic, Indian) during hundreds of submersible dives to the deep ocean floor. Karen’s careful analyses and innovative data interpretation were ground-breaking, and illuminated linkages between the chemical, physical, and biological processes controlling marine hydrothermal fluid properties and chemical fluxes. In 2002, Professor Von Damm was elected as a Fellow of the American Geophysical Union (AGU) for her “unparalleled contributions to exploring and understanding the chemistry of submarine hydrothermal systems, and for her leadership and service to the mid-ocean ridge scientific community”. This is a significant honor since only 0.1% of the AGU membership (totaling 48,000 scientists in 2008) can be elected an AGU Fellow. In 2008 Professor Von Damm also was elected Fellow of both the European Association of Geochemistry and The Geochemical Society. Since 1991, Professor Von Damm has been engaged in exciting studies of how the fluid chemistry at hydrothermal vents changes with time before, during, and after mid-ocean ridge volcanic eruptions. She and her colleagues received grants from the National Science Foundation (NSF) to monitor the East Pacific Rise at lat. 9-10ºN, which is the only location on the mid-ocean ridge where two successive volcanic eruptions have been observed (in 1991-92 and 2005-06), and is one of only four “Integrated Study Sites” being studied under the auspices of the NSF Ridge 2000 Program. In addition to the many research articles that Professor Von Damm published in scientific journals, expeditions in which she participated have been featured in venues for the general public, including educational broadcasts on public television, IMAX films, internet websites, and an ocean science encyclopedia.

Professor Von Damm conducted her extensive teaching and research despite lifelong health problems. She was brilliant and dauntless, and had great intellectual and personal integrity. Karen will be missed immeasurably by the many people whose lives and work were influenced by her and by her contributions to science. She is survived by her mother, Louise, who supported and nurtured Karen through her career and illness.