On August 15th, Professor Simon Poulton delivered the 2nd annual Berner lecture to a packed room at the Goldschmidt Conference in Boston. The title of his talk was "Exploring Earth's Redox Landscapes". In the audience in addition to several of Bob's students, post-docs and collegues, was his widow Betty and his son James, who came up from New Haven to join us for the lecture.

Kathleen Ruttenberg introduced Simon Poulton by giving a brief but heart felt introduction in which she summarised some of the reasons why so many of us feel indebted to our mentor and colleague, Bob Berner. She reminded us of his genius for articulating complex ideas in a simple way. She created a diagram which refered to his ability to develop clear insightful questions, make field observations, carry out simple yet elegant experiments and finally develop mathematical models to describe these systems.

Simon, after reminding us of the debt he owes to Bob Berner particularly via his Ph.D. supervisor and 2 postdoctoral advisors (Raiswell, Krom and Canfield) started his talk by talking about the iron speciation methods started by Bob Berner and his students and further developed by Simon Poulton. He reviewed some of the ideas of the Precambrian ocean redox chemistry including the evidence for Ferruginous conditions over large parts of earth's history.

Nominations for the 3rd Berner lecturer are open until 31 October 2018. The Berner Lecture fund is still open for donations to enable us to continue the memory of Bob Berner further into the future.

Robert Berner was a pioneer in the study of early diagenesis in marine sediments. These seminal early contributions led to fundamental new insight into controls on sedimentary pyrite formation, highlighting the interplay between C, S and Fe systematics. Building upon this, and in collaboration with colleagues, Berner was responsible for developing the first robust indicators of water column redox conditions, which, in one form or another, have been at the forefront of paleo-redox research for around 35 years.

Over the last decade or so, paleo-redox indicators based on Fe-S-C systematics have been refined further, and in combination with enhanced understanding of trace metal cycling and biomarker signatures, we are now able to provide much more detailed information on the precise redox state of the paleo-water column in both space and time. Indeed, it is no longer sufficient to simply refer to an ancient water column as being either oxic or anoxic. Biogeochemical feedbacks that control nutrient availability (which ultimately links to atmospheric oxygenation, climate, and biological evolution and extinction), vary hugely dependent on the precise redox state of the water column. Thus it is essential to identify whether the water column was fully oxic or whether there was a degree of oxygen depletion. Similarly, the prevailing paradigm of the past, whereby anoxic water column conditions were often assumed to be euxinic (sulphidic), no longer stands. Our refined paleo-redox indicators have increasingly highlighted the prevalence of a second anoxic state, termed ferruginous, where reduced iron (rather than sulphide) was present in the water column.

Differences in nutrient cycling and bioavailability under ferruginous and euxinic conditions cannot be understated. Euxinia tends to promote recycling of phosphorus to the water column, whereas trace metal micronutrients may be fixed in the sediment. The exact opposite may occur under ferruginous conditions, whereby phosphorus may be fixed in the sediment in association with Fe minerals, but trace metals are much less efficiently removed. Here, I will highlight some recent advances in reconstructions of paleo-redox conditions across various time intervals, with a focus on the role of nutrients in driving, maintaining and limiting variability in water column redox. 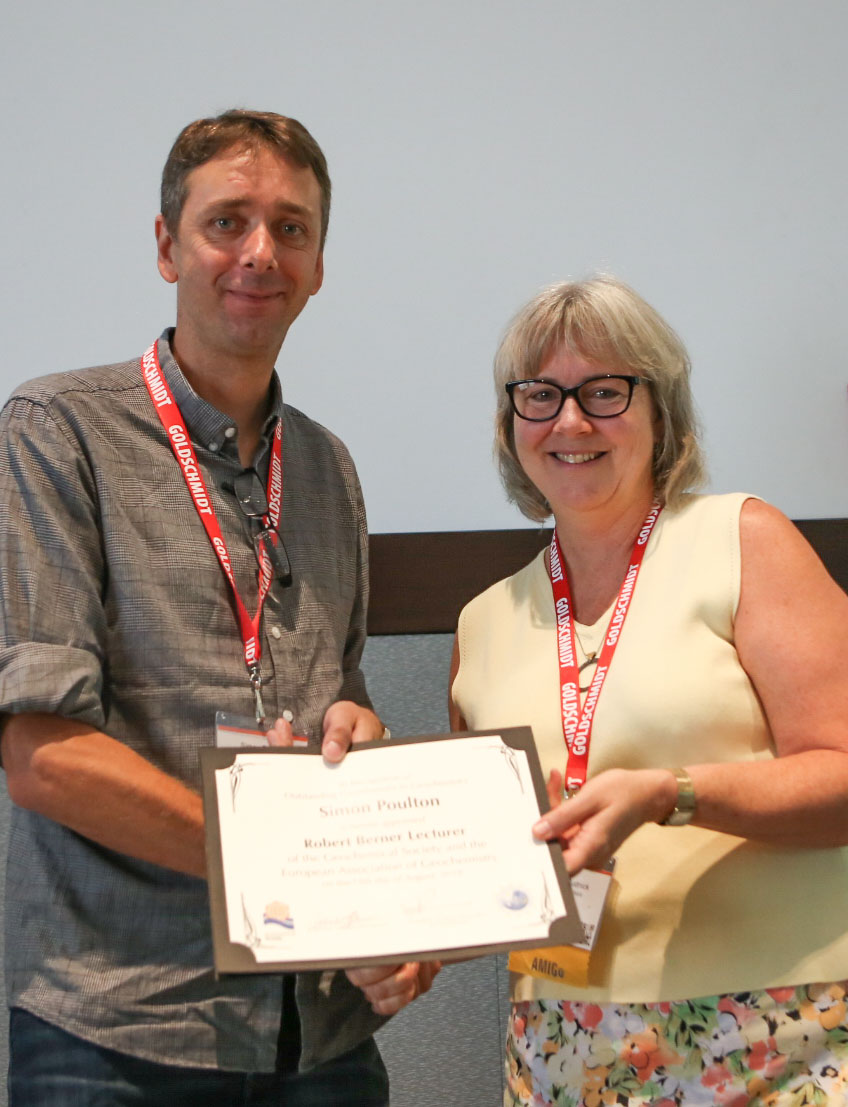