For close to 50 years the precipitation kinetics and solubility behavior of aragonite in seawater have been observed to be unusual. Examples include precipitation on oöids where "resting periods" are needed between periods of growth, "kinetic solubilities", aragonite mud porewaters and inner Great Bahama Bank waters all yielding an IAP about twice the thermodynamic solubility of aragonite, and that for experimental time periods less than months the apparent equilibrium IAP is strongly time dependent. This behavior clearly points to complex reaction processes occurring on and near the aragonite-seawater interface.
In this study single aragonite crystals were exposed to seawater for time periods ranging from hours to months. The morphologies of the surface precipitates were studied using SEM and the overgrowths were analyzed using a variety of TEM techniques which provided very detailed information on growth patterns, structure, and composition.

For normal seawater (~4x supersaturated), the initial precipitate consisted of widely scattered submicron individual spherulitic crystals. With time their density increased to multiple layers which were composed of submicron crystals. After ten days, and increasingly to 50 days, compact fibrous arrays of crystals started to appear which probably were composed of aragonite. TEM studies of the early-formed material indicated that it had an amorphous calcium carbonate near-surface region about 80 nm in thickness underlain by aragonite that was crytallographically contiguous with the host aragonite crystal. Both contained Mg which was absent from the substrate. These observations demonstrate the complexity of the reactions taking place between aragonite and supersaturated seawater. 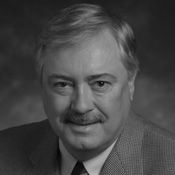