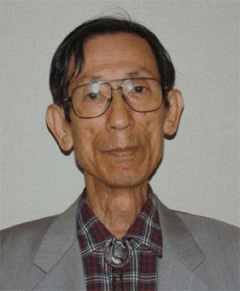 Prof. Hitoshi Sakai, internationally renowned geochemist, and former President of IAGC, died in Japan on 30 September 2008 after a protracted illness. He was 78 years old. The geochemistry community mourns his passing.

Over the course of a long career, Hiroshi Sakai made important contributions to understanding the fractionation of stable isotopes and behavior of thermal fluids in various geological/geochemical environments. He served as Vice President of IAGC from 1988-92 and then as its President from 1992-96. Hitoshi began his professional career at Okayama University at Misasa, where he organized and hosted the 4th International Symposium on Water-Rock Interaction in 1983. He then moved to the Ocean Research Institute of the University of Tokyo in 1983 and undertook research worldwide on submarine hydrothermal systems. During this time he was Co-Chief Scientist of Leg 111 of the Ocean Drilling Program at the important Site 504B on the flank of the Costa Rica rift near the Galapagos spreading center, one focus of which was hydrothermal circulation in oceanic crust. Hitoshi then taught at Yamagata University, until his retirement in 1996.