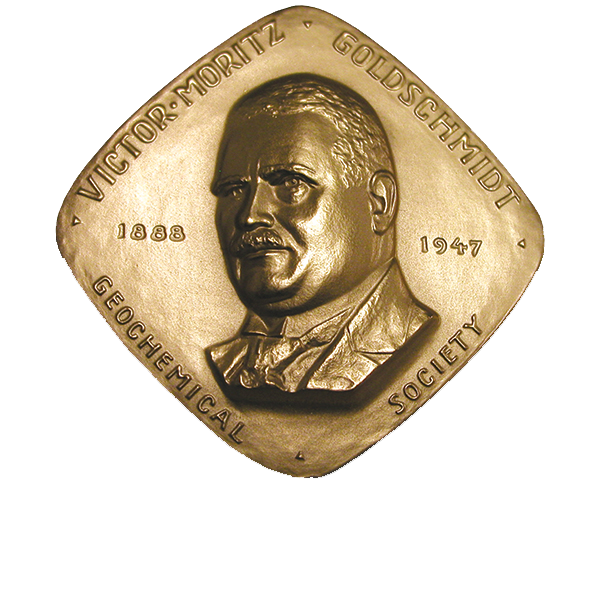 The V.M. Goldschmidt Award is presented annually at the Goldschmidt conference. The award consists of an engraved gold-plated bronze medal, an honorarium (US$ 1,500), a travel stipend, and inclusion as a Geochemistry Fellow.

New for 2022:  The definition of "major achievements" has been broadened. Please read this entire page carefully for details.

The V. M. Goldschmidt Award is the society's highest honor, presented annually for major achievements in geochemistry over a career.

Major achievements may include:

Nominations of people from underrepresented groups are encouraged (e.g., women, non-white researchers and/or researchers from Asia, Africa and Latin America, disabled scientists, those who have led diversified careers, other historically minoritized groups, and intersections thereof).

An individual may not receive the Goldschmidt Award and the Urey Award of the EAG for the same body of work. Nominations from all fields of geochemistry are encouraged.

Go to Make a Nomination for eligibility and nomination requirements.